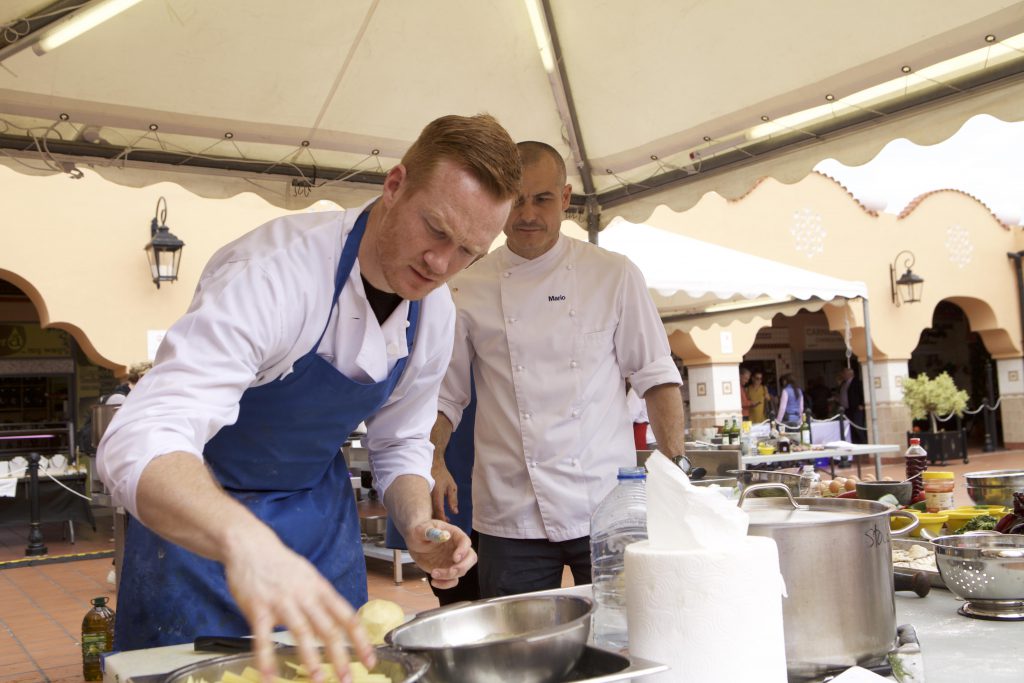 AProductions has been in charge of locating the MasterChef Celebrity UK semifinal that was broadcast last Monday, October 7 at the BBC. And it garnered an audience of over 3.7 million viewers.

This year, Tenerife and its cuisine have starred in the semifinal of the program (number 14) of Masterchef Celebrity in the United Kingdom.

The team arrived on the island earlier this year in March, with the aim to promote the island cuisine and its professionals. Finally, the Nuestra Señora de África Market and Iberostar Grand Mencey Hotel, both located in Santa Cruz, were the chosen locations for filming, in which the participants had to prepare different dishes with products from the Tenerife cuisine.

As part of the show can also be seen some shots of the island’s breathtaking landscapes, such as El Teide National Park and Anaga Rural Park. By showcasing this type of locations, Tenerife can finally be promoted as something else besides its sun kissed beaches, where the tourist market seems to have always been situated up until now.